My name is Alexandria Yonkman, I am only 23 and the mother to three beautiful children;  I am also the girlfriend to an amazing man, that is also the father to our children! For the last year I have been battling cancer.

My knee problems all started back in 2012, I had some odd clicking and grinding that I went to an orthopedic surgeon to begin to find out why. After months of this during college and many doctors appointments and many different cans that all came back normal, we decided to do a exploratory surgery. About a week later after summer break started for college is when I underwent my first knee surgery. He went in laparoscopically, looked around and then cleaned up some scar tissues and took some tissue samples, that later came back as normal.

After this I began physical therapy; we were stretching and measuring to see if my knee could stretch past its current limitations, stayed the same, or if it got worse. We continued this for a few months, but with no progress or answers we decided to stop. After that my knee was not really getting worse so I went on with my life of college and work for a couple years with problems of slight tightening and clicking in my knee that was restricting the amount of movement in my knee. On winter break from college my boyfriend, Arjay, and I found out we were pregnant, but at 16 weeks we had a miscarriage. After that we decided we were going to try for a baby. On December 1, 2014 Ariana Grace was born to us and she was absolutely perfect! Just a short 4 months later when we were going in the doctors we found out I was indeed pregnant again! So on January 8, 2016 Tristan William graced us with his presence!

Cancer: just a six letter word, yet for anyone that has been around it or experienced it for themselves, makes a person cringe.

During my pregnancy with Tristan my knee started tightening to the point at 6 months pregnant it was completely locked out at a 45 degree angle and was very painful!! This told me I needed a new doctor! I then began seeing my new orthopedic surgeon in Cadillac and he did scans that also came back as normal with some slight swelling. After this we decided to do a muscle manipulation under anesthesia, where they would force my leg straight and put it in a brace. I had this surgery on March 11, 2016 and two weeks later started physical therapy at Bella Rose to try and get motion back into my leg. We made a little progress but not enough so I went back to my surgeon and he decided to do another muscle manipulation, but this time to bend and straighten my leg and start physical therapy immediately. On July 12, 2016 I had my third surgery on my knee and I started therapy the very next day. The next two weeks I had therapy 6 times and every time it was excruciating pain. Then at my post op appointment on July 28, 2016 I was shocked to find out during the previous surgery my femur was broken and I had been doing physical therapy on a broken leg. The next day I went to Traverse City and a surgeon there put a plate and 9 screws into my femur; he also took a tissue sample to see if that said anything as to why my leg was locked out, as he was very curious as to what was happening in my knee. On September 6, 2016, I got a phone call followed by paperwork explaining the pathology came back as stage 3 monophasic synovial sarcoma, or cancer!

I was completely shattered.

I was referred down the Ann Arbor to the University of Michigan Cancer Center for treatment. Here I learned that my cancer was very rare and at this stage very aggressive. At this point everything was going so fast that I didn’t really realize what was happening or what the next months would entail. Within two weeks the cancer had reached my lungs as well, so I was to start chemotherapy as soon as possible. I started a chemo treatment of 3 days of chemo every 21 days for 6 rounds. Throughout this I was very sick, I lost almost 70 pounds, and became very weak and unable to do things that people take for granted everyday. This made me feel like I was almost less of a person, I was not allowed to walk because of my knee so being weak on top of that meant I could not play with my kids as much, or walk across the room to carry them to bed. I was so limited that I was beginning to hate was my life was becoming, but I knew I had to keep fighting to be here for my kids to grow up with their mama.

After my last scheduled chemo treatment on January 6, 2017 I had scans done. These scans showed that I had three new nodules on my lungs and it had decreased in my leg. I had my lung surgery on February 9, 2017 to remove the nodules off my lungs and send them in for biopsy. This surgery was very painful as I did not know what to expect at all and I was very scared, but in the end I healed fast and was fine. Thankfully the nodules came back as benign, which meant my lungs were cancer free! It was now time to focus on my leg. After a couple doctors appointments, I was given the decision to go through more chemo and radiation to try and get the tumors small enough to be removed and a knee replacement type surgery done to my leg to save my leg, but this option had a 70% chance or higher or reoccurrence of the cancer. My other option was to do an above the knee amputation. After talking to family I thought I was going to do the knee replacement type surgery and fight it for longer. I knew the chances were not as good but the healing time was much faster so I would be able to get on with my life. After talking more with my surgeon and thinking it over for a few days; I made the decision that the amputation was my best option it would mean the cancer was gone from my body. This scared me deeply, but I was scared that if they did the knee replacement that meant that they would just end up having to do an amputation six months down the road and I could have been already mainly rehabilitated.

On March 7, 2017 I had my above the knee amputation surgery. I was in the hospital for a week healing, but after a week I missed my babies too much so with the agreement that I would do rehab therapy at home, the hospital discharged me!! I am now healing from that surgery at home. I am very confused as to how I should feel that my leg is gone. I have a substantial amount of pain right now but I am dealing with everything the best I can. I have about two months of healing at home and rehab at physical therapy before I can do anything with a prosthetic. But after I am healed I will hopefully be able to start the fitting process for my prosthetic leg, receiving a leg and the rehab that goes along with that. The hope is by next year this time I am able to walk normally with my prosthetic leg and start getting back into more of a normal life like before cancer interrupted it.

I have learned that I am stronger than I ever knew I was.  I have a fight in me that no one can take away because I have things to fight for. I am happy that I am on the right track to feeling more like myself, but I also know I have a long haul ahead of me. This journey has been one that has taught me many things along the way and will continue to as I go. It has taught me that family is everything; that you can’t take everything for granted because a lot of people may not be able to do those simple things; there were many more small and big lessons along the way but still the biggest one is have faith. 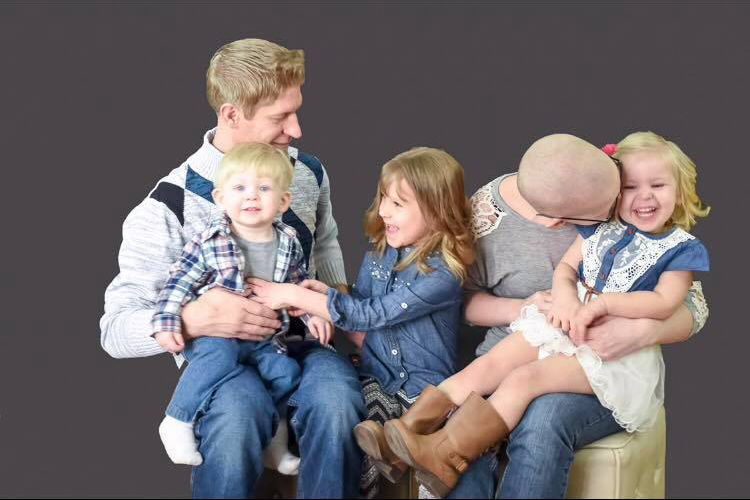 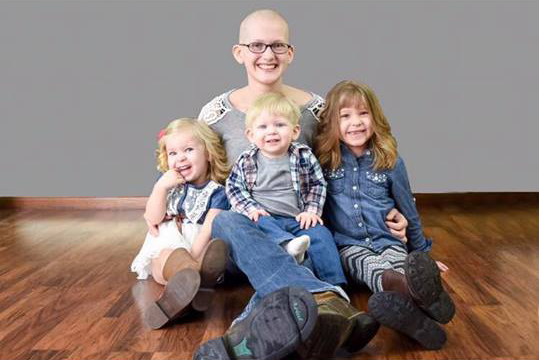 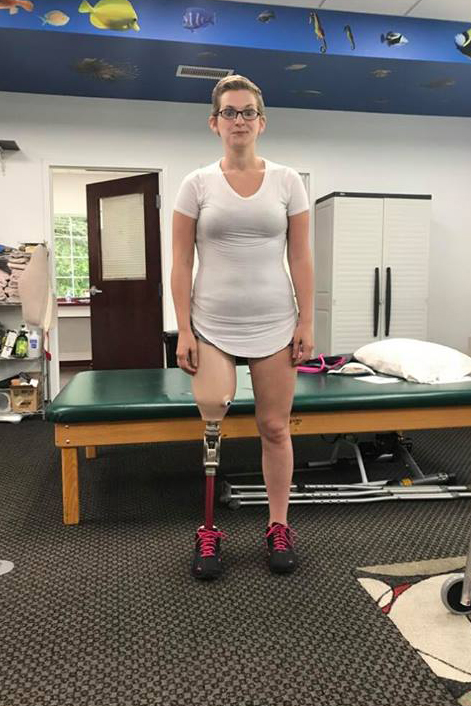 As I think back on the day that I received my crown a single quote runs through my mind; “She made the broken look beautiful and strong look invincible. She walked with the universe on her shoulders and made it look like a pair of wings.” The quote is the perfect representation of how this project made me feel. This project takes cancer, something that is normally seen as weak, worn down, and to some maybe even ugly; something that steals everything from the people fighting it. And turns it into inspiration, beauty, and strength; it makes all of us ladies feel what we truly are, warriors. It shows each of us in our own way and allows us to show everyone else how incredibly beautiful we are inside and out.  This project shows all of us that cancer did not take anything from us, we just needed reminded it was all still there. Cancer makes most stand up and fight, but even in our fight we find we have lows, walls, and darkness; this project gives us an amazing powerful image to look at and remember who we are, why we fight, and that cancer will not win. The work everyone is doing is one of the most heart felt and meaningful things I’ve ever had the pleasure to be apart of. I am honored to have met and spent the time I did with Amanda, Steve, Dave, Jessica, and my fellow crowns of courage warriors. This project came to me in such a crucial point in my life that I will forever cherish the memories, photos, and new friendships. All I can say is that I am a fighter, brave, and strong; but the courage this project gave me has touched every fiber of my being and lifted my heart to unimaginable heights. I thank you all with all I am and will be. 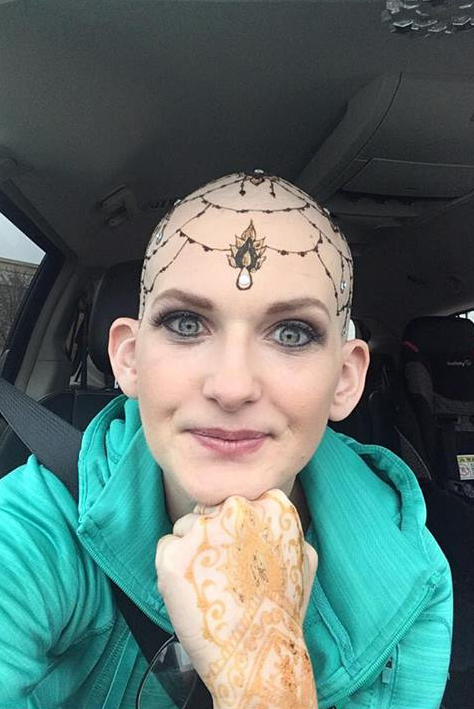