My name is Amy Blunt and I am a one year breast cancer survivor.  I am a 50 year-old, single mom with amazing children and a very supportive family.  On February 14, 2017, I received that dreaded phone call. The voice on the other end told me that I had cancer…words a person never wants to hear.  I was diagnosed with Invasive Ductal Carcinoma in my left breast (2B). It is unreal how a five minute phone call can completely change your life.

Phone calls starting pouring in from several different doctors from different offices. Cancer became my full-time job. The “testing” process was crazy! I was poked and prodded on a daily basis.  After awhile, your pride and privacy are taken away from you. Your body is put out there like the latest and greatest new video game.

My modesty was completely lost.

One of the first tests I had was a MRI.  It is protocol for women under 50. Unfortunately, it showed another malignant tumor that was not found on the mammogram.  On March 22, 2017, I had surgery. What was supposed to be a lumpectomy turned into a mastectomy. What was supposed to be a three-hour surgery turned into ten and after thinking it hadn’t spread to my lymph nodes, (no indication through many tests) it had.  I had 14 lymph nodes removed. Thank God only two were positive.

In the months to follow I had to have eight rounds of chemotherapy and 25 radiation treatments.  I also have one obnoxious boob with an expander that makes my upper body look very awkward. I cannot have reconstruction surgery until October of 2018.  It takes that long for the body to heal after chemo and radiation (which totally burns your body to a crisp).

It was quite a journey.  I have asked myself many times, “Why Me?”

(Not that I want anyone to be diagnosed.) My mom had cancer three times (no genetic mutations with our cancers), a very young cousin passed away from it, and just recently my younger sister was diagnosed with breast cancer.

It took me awhile to figure it out, but now I know, “why” it was me….Crowns of Courage!

Every step through cancer treatment is mysterious, numbing and very scary…so many unknowns.  My surgical sight had many complications through the healing process. Because of that I had frequent visits with my plastic surgeon.  One of the nurses just happened to mention “Crowns of Courage” and the ArtPrize project to me. I immediately went home and looked them up online.  I knew I HAD to be part of this…

After contacting them and attending a “get together” I found out I was too late to be part of the ArtPrize piece, but could be a “live” model at Devos Center during ArtPrize. 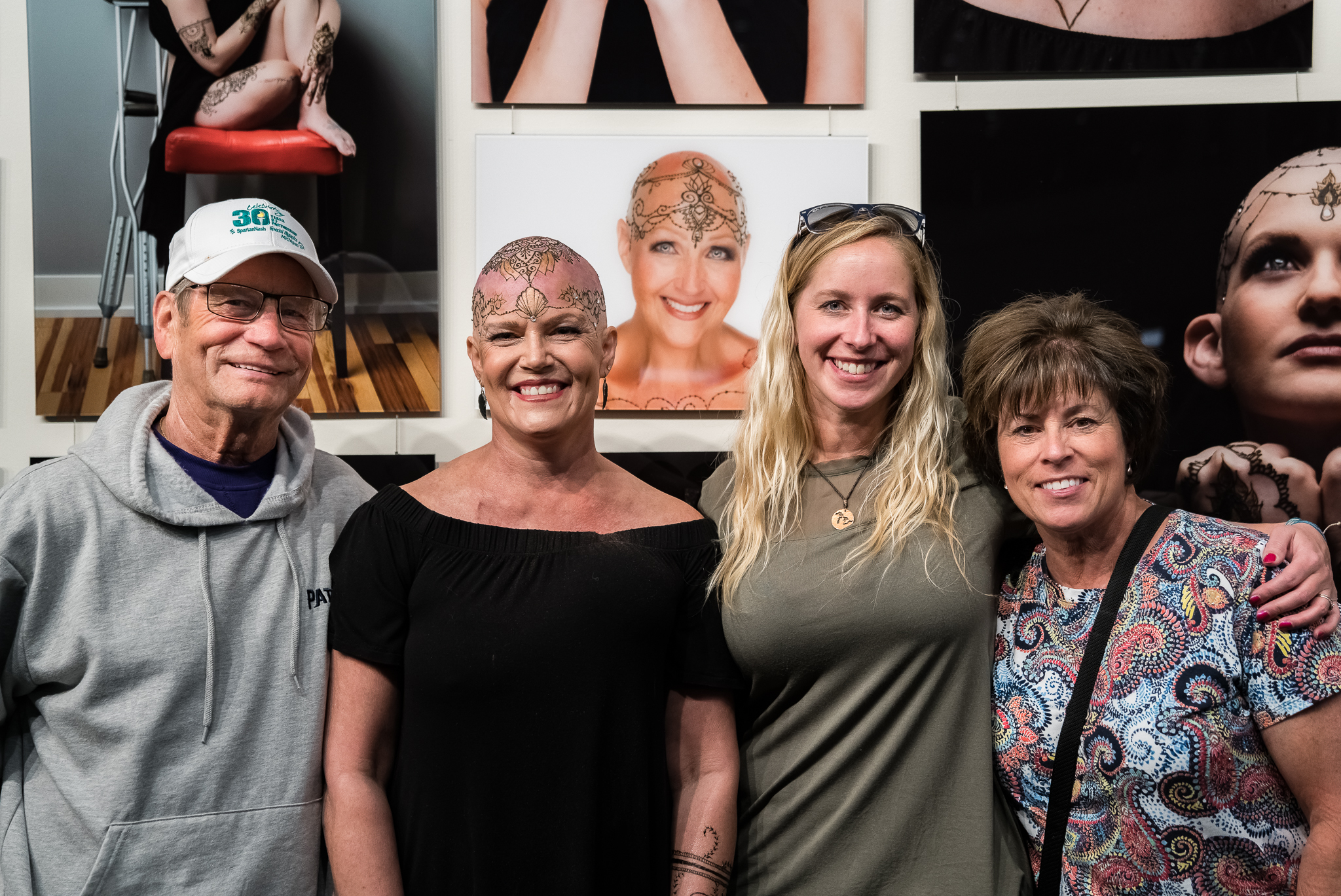 Cancer is a life changing illness.  You never look or feel quite the same after being diagnosed.  Your looks change, your mind changes, and ever ache or pain you have is scary…is my cancer back? 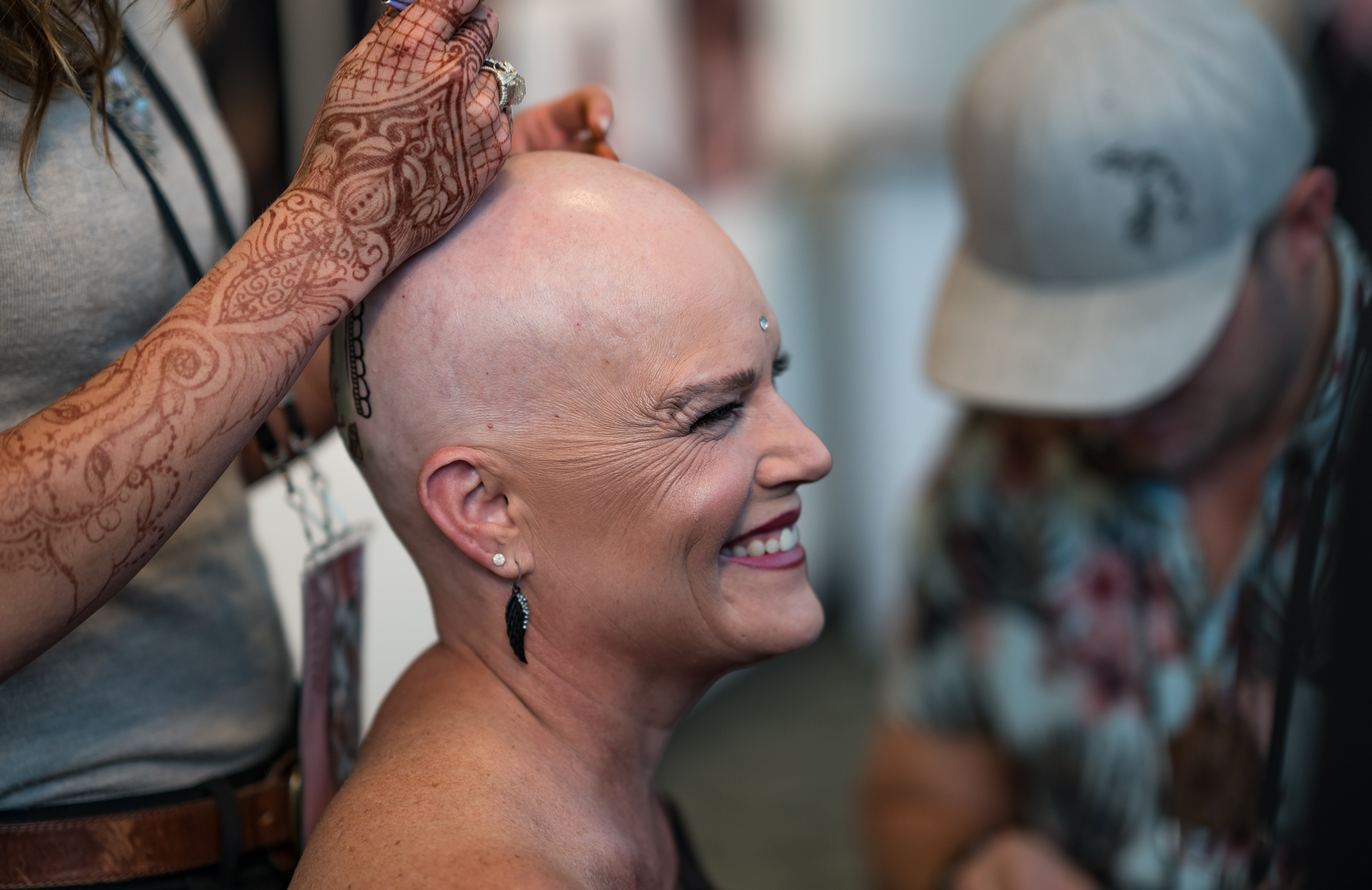 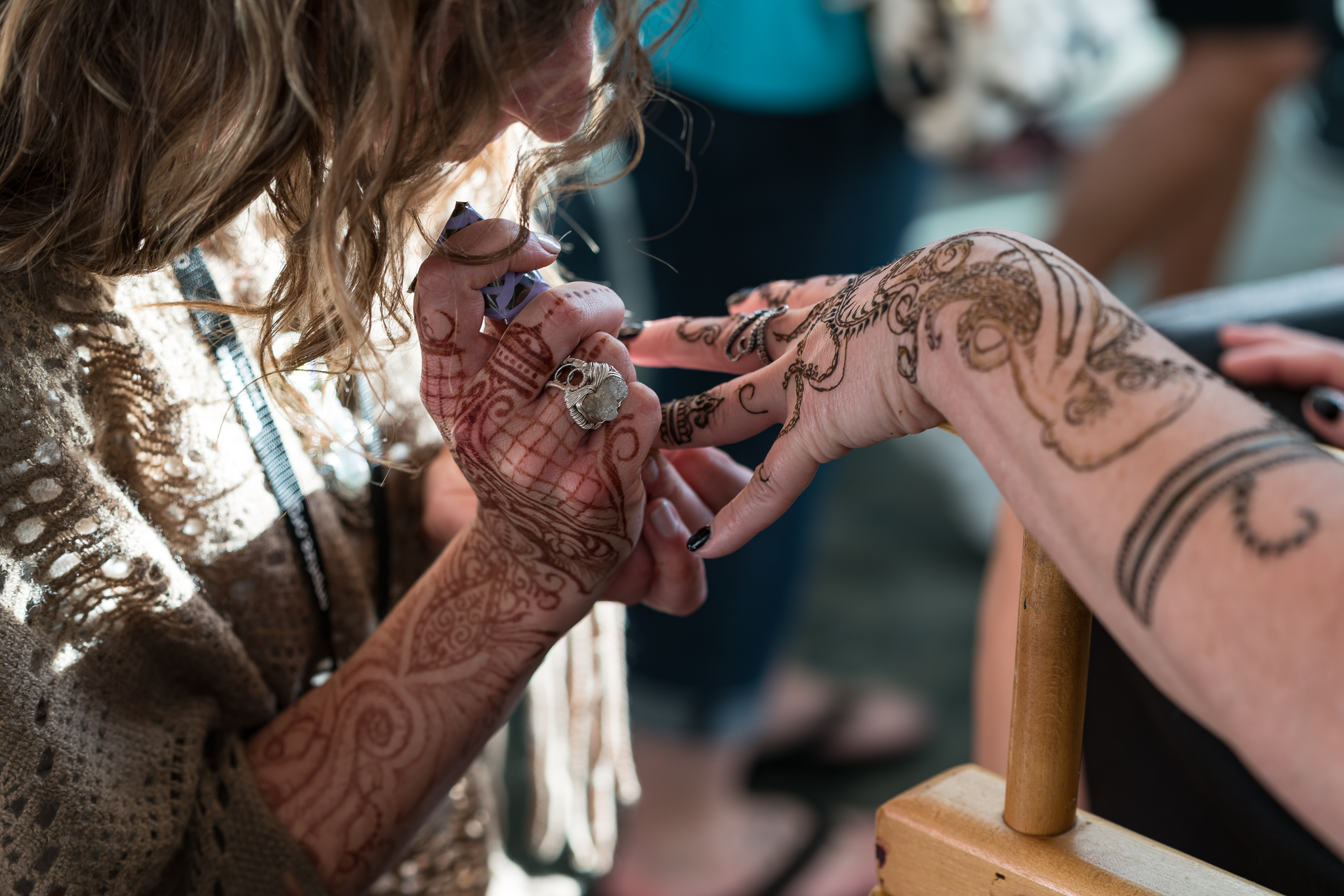 There are no words to express or explain the emotions that took over during the crowning. Crowns of Courage taught me to stand tall and be confident.

That baldness represents so much more than being sick…pride, strength, assurance, beauty and unconditional love to only name a few.  There was this tiger caged up inside of me and Crowns of Courage let it out. They renewed my soul, made me stronger, and the ability to make it through everyday. One of the other crownees said, “Welcome to the group you never wanted to be part of, but what an amazing, life-changing, loving and supportive group it is.”  (Lizz Joy…RIP, beautiful soul)

Advice:  Please celebrate each day to the fullest and embrace every birthday…you are alive, healthy and made it through another year.  CELEBRATE LOUD AND PROUD!!! 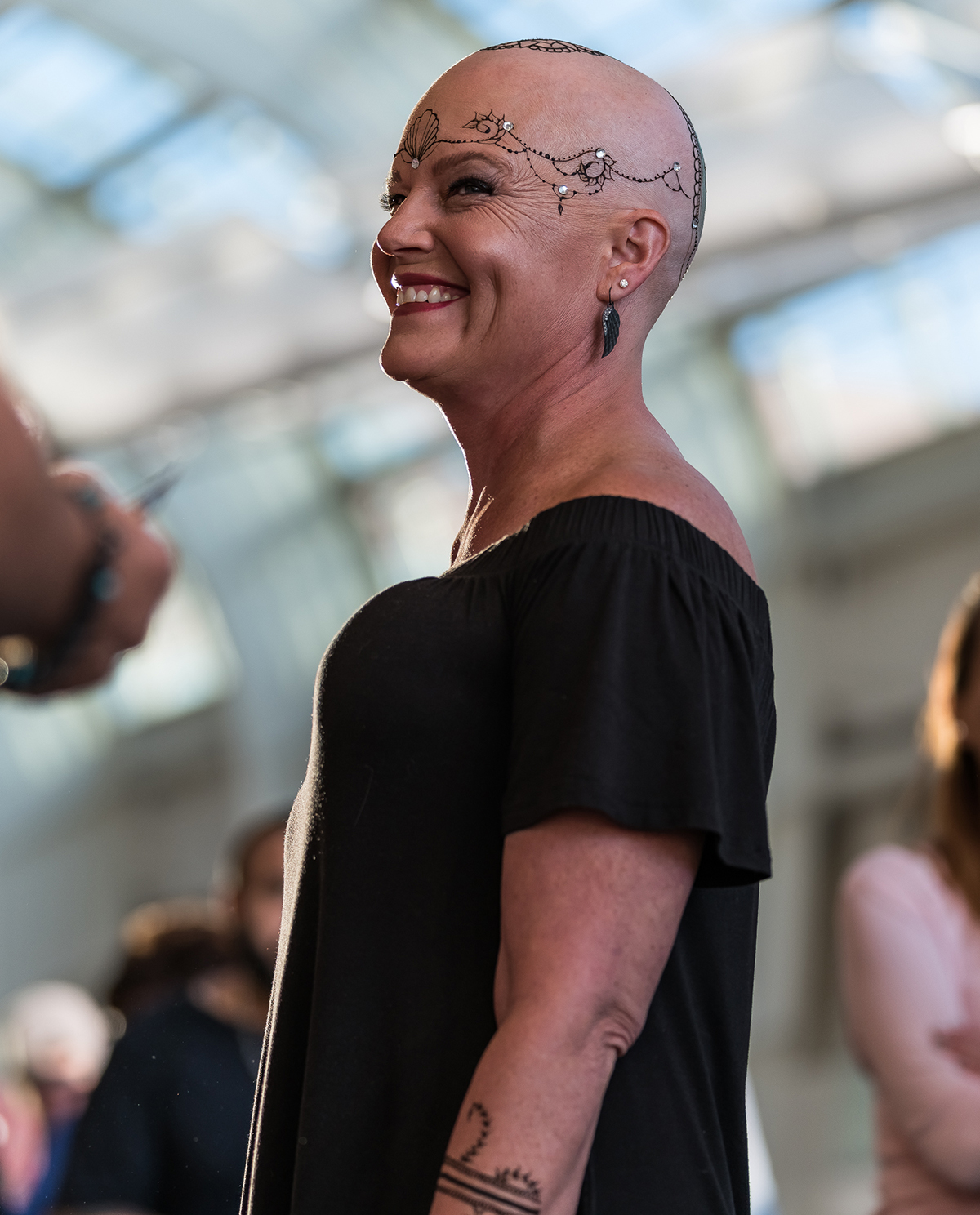